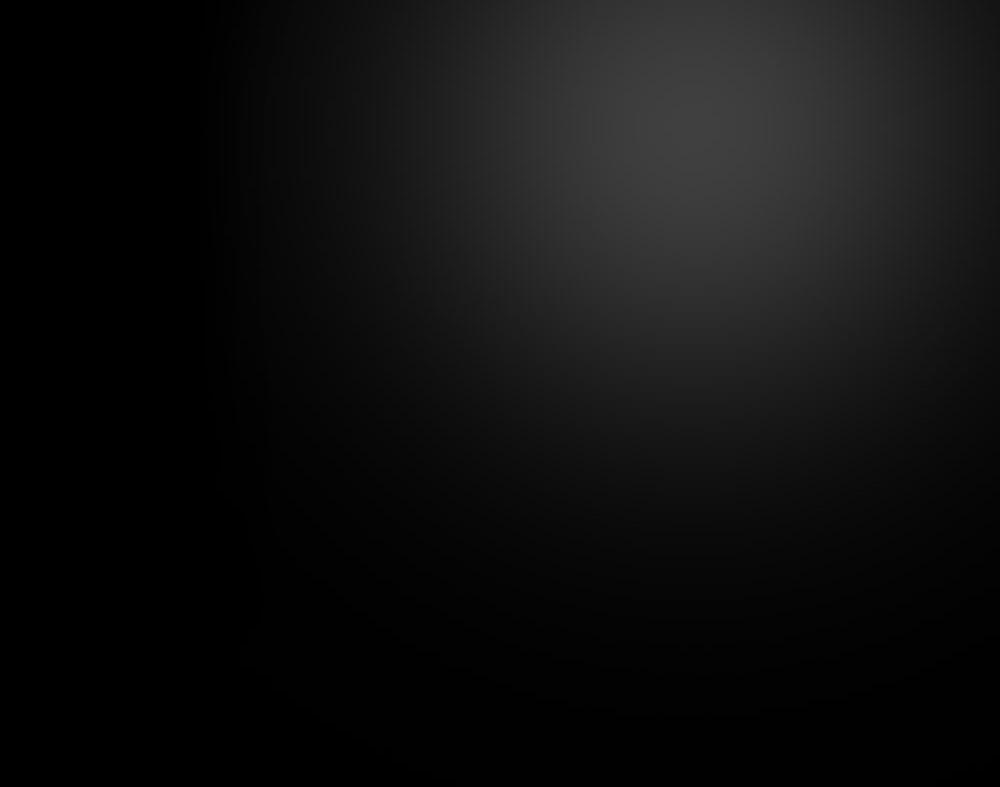 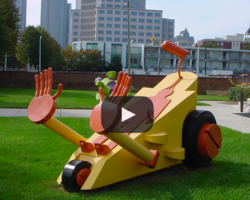 BREVARD – The Haen Gallery has debuted nine new large-scale sculptures by artists Aaron Alderman, Mark Connelley and Adam Walls, most of them on exhibit at the gallery’s Brevard location at 200 King St.

Following are the gallery’s summaries of each artist’s work:

• Aaron Alderman: “Through a highly physical process, Aaron Alderman creates sculptures through the use of pure line to capture a tender emotional expression of the human form. Alderman’s series of sculptures entitled ‘Pathos,’ ‘Sweet’ and ‘Lost and Found’ are form-driven and connective, evoking a sense of self-awareness and a search for identity. ‘Long View’ towers above, a minimal form that asks what might lie in the distance beyond.”

• Mark Connelley: “With a modern take on ancient themes, Mark Connelley’s two new sculptures evoke a sense of modern mystery. ‘Lámhanna,’ which is the Irish word for hands, is a contemporary reconstruction of a natural rock formation found in Scotland. Tilted slightly over the viewer yet pressing together and skyward, this piece offers a substantial presence. ‘For the Forgotten,’ on the other hand, is a study in contrasts and materials. Connelley created the obelisk-like form from pieces and scraps, illustrating the beauty and purpose in those things left behind.”

• Adam Walls: “On a much more playful note, Adam Walls’ work is concept driven and highly viewer interactive. ‘Bounce’ asks the viewer to imagine motion as he takes the seriousness of a tank and creates whimsy. ‘Nave’ and ‘Finite’ are a study of structure and balance, inviting and in the case of ‘Nave,’ even offering a place of rest and contemplation.”

The sculptures by Alderman and Walls, as well as “Lámhanna” by Connelley, can be seen at The Haen Gallery in Brevard, where due to the size of the space the gallery can emphasize sculpture.

Connelley’s “For the Forgotten” can be seen at The Haen Gallery at 52 Biltmore Ave. in Asheville.

At both locations, The Haen Gallery offers the work of established artists “whose distinctive and unique style sets it apart from ordinary and imitative efforts,” according to the gallery. To learn more, visit http://thehaengallery.com.

More than a decade ago, artist and sculptor Adam Walls began creating art in the form of tanks. Monday, one of the tanks -- modified to have a small tank attached to the body of the larger one -- was delivered to Rotary Park in Sebring.

The piece of art, called "Father and Son," was changed, largely to fit Walls' changing outlook on his life. "It (adding the small tank) was because I want to create a family," said Walls, who was accompanied by his girlfriend, Christina Stone.

His sculpture and five others that were part of the Florida Outdoor Sculpture Competition held by the Polk Museum of Art will be displayed in Sebring.  The city's Community Redevelopment Association paid about $7,000 to have the six sculptures for a year.  This is the first year that any city outside of Polk County has received sculptures from the competition.  ​Robin Hinote, director of the CRA, said she liked Walls' work because it is kid friendly. She said she didn't realize at first the meaning of its name until she saw it in person.

Walls transported the metal sculpture, weighing about 300 pounds, from southeast North Carolina, where he creates his art.  He began his art career 15 years ago and started creating sculptures when he was a graduate student at Winthrop University in South Carolina. He has created 45 such sculptures since then, he said.  Walls has also done ceramics, clay works and paintings.

As far as his tank creations go, "A tank can be a destructive thing, but it can be a protective thing also," he said.  The same can apply to people, Walls explained: Some people are dangerous to others while others are protective.

Other future locations for the outdoor sculptures will include Circle Park and Centennial Park.  All the art work is expected to arrive within the next two to three weeks and will be outdoors, and Hinote said she's concerned about possible vandalism but the CRA has insurance.  She hopes, though, that people will respect the sculptures.  While some artists may increase the chances of vandalism by displaying provocative works, Walls said: "I never intend to put out art work to insult anyone."

Adam Justice, curator of the Polk Museum of Art, said he's been busy helping transport the pieces, and the heavier ones required a crane.

Adam Walls’s intimate engagement with steel links the divergent forms of his work. His sculptural output moves back and forth along a fairly broad spectrum of possibilities. At one end is the manipulation of raw steel into human-scaled, simplified forms, unfinished and left to rust (Mother and Child, Figures, Rings I and II). Such sculptures read largely as responses to the formal possibilities presented by the medium itself, but some are also imbued with a complex personal iconography. As other writers have noted, the details of the symbolism are only rarely available to viewers, and, in the case of Mother and Child, full comprehension also requires cooperative weather. (Displayed outside in the rain, the two components are placed so that water collecting in the larger form “feeds” the smaller one.) The personal, often autobiographical, content imbedded in many of Walls’s works, although interesting and sometimes profound, remains obscure, yet formal tensions effectively express the intensity, with or without access to the details. Works at the other end of Walls’s creative spectrum, his signature “tanks” and related pieces, are even more laden with convoluted personal meaning. There are clear and self-conscious links to Pop Art and popular culture, but Walls pushes beyond self-involved, if socially generated, introversion. Nor does he rely on the shock value of scatological and overtly sexual inferences so common in contemporary sculpture with a similar genealogy.

Monessa Guilfoil | Around and About Chattanooga

Public Art Chattanooga rolls out the 4th Biennial sculpture exhibit placing large-scale, rotating sculptures in public places in the downtown area.   “Playtoon” by sculptor and teacher, Adam Walls is one of  seven artworks chosen through this international juried competition.

PAC is a part of Chattanooga Parks and Recreation and initiated the Biennial Sculpture Exhibit in 2005.    The winning sculptures will be on display through October of 2011 and some may be chosen for Chattanooga’s permanent public art collection.    To learn more about Public Art Chattanooga contact Program Director, Peggy Townsend atpeggywoodtown@gmail .com or go to PAC’s page on theChattanooga.gov website.

Adam Walls says about this about his art in his artist’s statement page: It is not always important to me that my viewer fully understand the concepts that drive a works such as this, however it is necessary that I give my audience a visual and tactile experience worth remembering.

Walls writes about “Memory Bomb,” his sculpture with a built-in music box: My sculpture entitled Memory Bomb is intended to appear as both an oversized neglected toy like object and as a water mine. In an opening housed deeply inside, yet still accessible to the viewer, there is an exposed key to a wind up music box which plays Brahm’s Lullby. As this music box winds down, it is intended that the viewer make a mental connection between the pinging of this slowing music box to the ticking of a time bomb. Through this dichotomy I make the statement that past experiences, once remembered, may at times be like setting off a bomb.

Adam Walls is both an artist an an art educator who is currently on the faculty at the University of North Carolina at Pembroke.  He also enjoyed teaching art in the public school system for six years.

As students and faculty return to USC Upstate this semester they will notice a new addition to the campus grounds: large, brightly colored metal sculptures vaguely shaped like children's toys. There are four in all on campus to date: 'Toy Defense', a yellow bulldozer-like toy with hands outstretched; the bright red jack-in-the-box called 'Christmas Surprise'; a purple and green plane called 'Solution' and 'Self Portrait', a purple and green toy with one arm a hammer and one arm a nail.  Each of these pieces is interactive, and their playful forms and sturdy construction invite curiosity and, sometimes as a result, physical exploration from those who view them.

These works were constructed by USC Upstate graduate Adam Walls, a sculptor who is also employed as an art teacher at Cowpens Junior High School.  His work has been on show  in Charlotte and Chapel Hill.  When creating these, Walls explored the idea of 'play  therapy', a field of psychology pertaining to what psychologists can learn from how children interact with their toys. He says that toys become an 'extension' of whatever inner turmoil, thoughts or feelings are going on within a child, and that his sculptures let him 'hide inside [his] toys.'  Walls put a lot of himself into these sculptures, explaining that a lot of children deal with pain and problems by immersing themselves in a fantasy world of play and toys, and that he himself was no different.  Walls' sculptures convey everything from hope and joy to doubt and a reaction to violence (as seen in 'Toy Defense').  It seems that Walls hopes to connect with the viewer through the shared trials and tribulations of childhood.

According to Jane Nodine, director of the art gallery, there were several reasons for choosing Walls' work to display.  She said, "I have made a point to select outdoor works for the permanent collection and the featured exhibits to be from artists living and working in the South, and who focus on contemporary issues and design qualities.  These works also serve academically for the group discussion and class assignments because viewing works in a book reproduction or online can never transfer the presence, scale and power of the actual work in real space.  With exhibits like this, students get the chance to experience the actual work and begin to recognize the difference."

Unfortunately, not everyone is having the desired reaction to the sculptures.  One amusingly candid onlooker dubbed 'Toy Defense' as "the Giant Pervert Machine", due to the position of the hands.  While reactions like these are largely based on each viewers' initial perception, these works may require a closer look and introspection from observers, as well as a different mindset than the usual jaded adult point of view.  Time will tell just how many people are willing to change their awareness in order to enjoy and appreciate art.